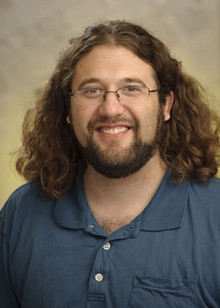 Thousands of extrasolar planets have been found with with a wide range of masses and radii yet only small fraction of these planets have had both their mass and radius measured.  Having both the mass and radius gives insight towards the bulk composition of a planet. Dr. Rowe will present an analysis of the 3-planet transiting Kepler-138 system where his group was able to measure the mass and radius of a planet smaller than the Earth. This was accomplished by using the depth of the transit to determine the radius and transiting-timing-variations to determine the mass. Transiting-timing-variations are due to the gravitational pull of planets on each other causing departures from Keplerian orbits.  The amplitude and time-scale of the gravitational perturbations is directly related to the masses of each of the known planets. Rowe and the team measured the mass of the Mars-sized inner planet based on on the transit times of its neighbour and thereby provide the first density measurement for an exoplanet smaller than Earth. The middle and outer planets are both slightly larger than Earth. The middle planet's density is similar to that of Earth, while the outer planet is less than half as dense, implying that it contains a greater portion of low density components such as H2O and/or H2.
Having a radius measurement alone is insufficient to state whether a planet is Earth-like or rocky in composition, having a mass measurement is critically important. The method of using transiting-timing-variations to determine masses of planets Earth-sized and smaller promises to be a powerful technique and will allow us to probe the basic properties of small extrasolar planets.